Biodiversity hotspots must have at least 1,500 vascular plants as endemics — which is to say, it must have a high percentage of plant life found nowhere else on the planet. A hotspot, in other words, is irreplaceable. It must have 30% or less of its original natural vegetation. In other words, it must be threatened. Around the world, 35 areas qualify as hotspots. They represent just 2.3% of Earth’s land surface, but they support more than half of the world’s plant species as endemics — i.e., species found no place else — and nearly 43% of bird, mammal, reptile and amphibian species as endemics.

News and Resources
Colombia grants ‘historic’ protections to rainforest and indigenous groups. The move includes the addition of 8 million hectares (80,000 square kilometers or 31,000 square miles) to its protected areas - a 27% increase. And, grants indigenous communities the ability and autonomy to govern their own territories. 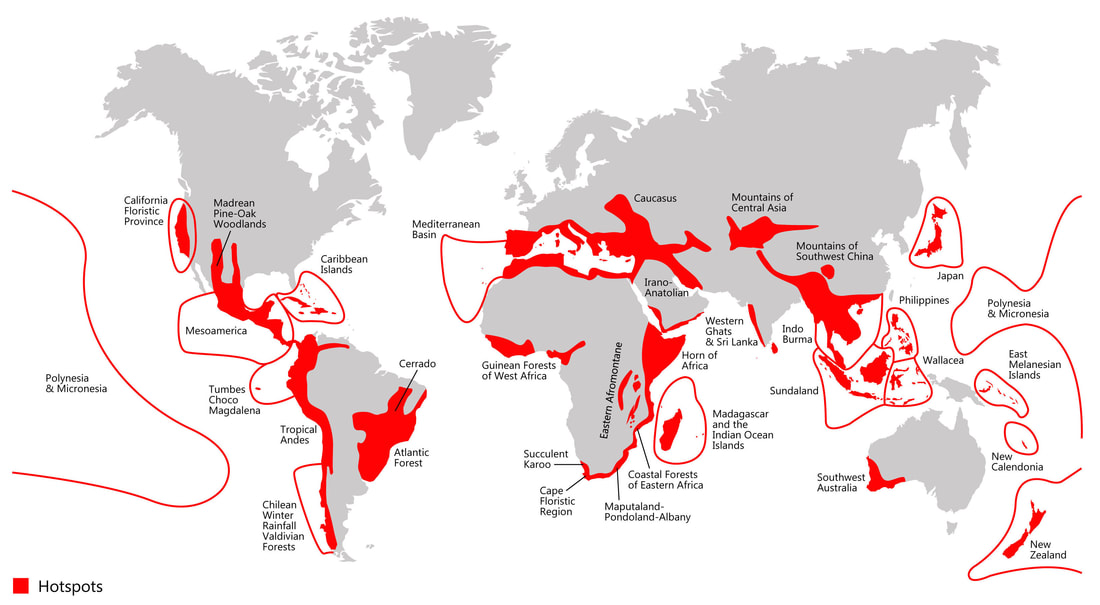 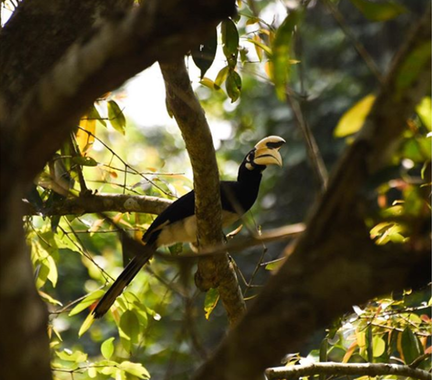 The Oriental Pied Hornbill (​Anthracoceros albirostris), photographed in Khao Yai National Park, Thailand. Though not endangered, unlike several of its 54 other sister species, this one is nonetheless an incredible sight. The hornbills are a family of bird found in tropical and subtropical Africa, Asia and Melanesia. They commonly have a casque on the upper mandible which is a hollow structure that runs along the upper mandible. In some species it is barely perceptible and appears to serve no function beyond reinforcing the bill. In other species it is quite large, is reinforced with bone, resonating calls. In a couple of species, the casque is not hollow but is filled with hornbill ivory and is used as a battering ram in aerial jousts.

Rich in wildlife, Southeast Asia includes at least six of the world’s 25 “biodiversity hotspots” – the areas of the world that contain an exceptional concentration of species, and are exceptionally endangered. The region contains 20% of the planet’s vertebrate and plant species and the world’s third-largest tropical forest. In addition to this existing biodiversity, the region has an extraordinary rate of species discovery, with more than 2,216 new species described between 1997 and 2014 alone. Global comparisons are difficult but it seems the Mekong region has a higher rate of species discovery than other parts of the tropics, with hundreds of new species described annually.

Unfortunately, deforestation rates in Southeast Asia are some of the highest anywhere on Earth, and the rate of mining is the highest in the tropics. The region also has a number of hydropower dams under construction and consumption of species for traditional medicines is particularly pronounced - both of which contribute to elimination of habitat which can be particularly problematic for species with small ranges. The only critically endangered hornbills, the rufous-headed hornbill and the Sulu hornbill, are restricted to the Philippines. The latter species is one of the world's rarest birds, with only 20 breeding pairs or 40 mature individuals, and faces imminent extinction. The Ticao hornbill, a subspecies of the Visayan hornbill, is probably already extinct.

Tropical forests and savannas account for more than 60 percent of global net primary productivity and 40 percent of carbon storage, respectively. But the tropics face an assortment of well-documented human-driven threats: destruction of forests and marine ecosystems, over-exploitation by industrial fishing fleets and commercial hunters, the spread of diseases and invasive species, and the growing impacts of climate change, which stress both ecosystems and their inhabitants. These threats, which often interact and build on each other, are heightening the risk of extinction for many species. Already, the vast majority of recorded extinctions among five major vertebrate groups assessed by the IUCN occurred among tropical species. These threats aren’t likely to diminish soon. Human population continues to rise, but growing affluence means that it is increasingly outpaced by resource consumption, which acts a multiplier in terms of humanity’s planetary footprint.
​
The solution? Major improvements in local and global governance capacity are needed along with major integration of environmental objectives into broader development goals. 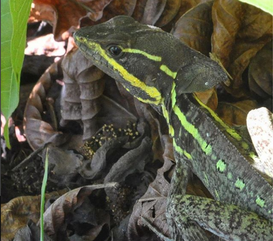 ​The Brown Basilisk, Basciliscus vittatus, is commonly known for its ability to “walk on water.” Traditionally they are found from northwestern Colombia up to Mexico; however, they have more recently made their home in Southern Florida. At first look, you might consider them to be descendants of dinosaurs - but you’d be wrong. More accurately, dinosaurs and lizards split off some 265 million years ago. The clade Sauria includes all reptiles -and birds. Travel through time - and the Archelosauria split off, forming the archosaurs. The archosaurs are a bit famous because they led to non-avian dinosaurs, modern-day birds, and crocodiles. Alternatively, the Lepidosauria led to snakes, lizards, and the tuatara. What’s a tuatara? From an evolutionary standpoint, they are exceptional. Why? They are the only living species left of the order Rhynchocephalia. You’d have to go back 200 million years to find a common ancestor of lizards and snakes. What’s also fascinating is that crocodiles are more closely related to birds (and dinosaurs) than they are to modern-day lizards. So, despite looking quite “dinosaur-like,” this Jesus Lizard is on his own evolutionary path. If you really want to see a dinosaur relative, look for some birds or find yourself a crocodile. 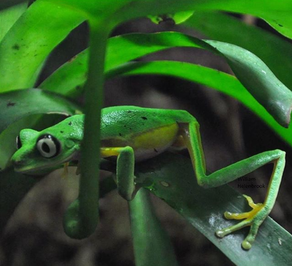 The Lemur Leaf Frog (Agalychnis lemur) is listed as Critically Endangered because of ongoing drastic population declines, estimated to be more than 80% over a ten year period, inferred from the apparent disappearance of most of the Costa Rican, and some of the western Panamanian, population, probably mostly due to chytridiomycosis. However, general habitat loss also remains a threat, and this is especially the case in Costa Rica where deforestation by squatters threatens one of the three known remaining populations. It was once considered to be a reasonably common species in Costa Rica, but most populations have recently disappeared. Within Costa Rica, the former range included several national parks and other protected areas; none of the remaining populations are within protected areas. The species is known to be present within at least six Panamanian protected areas, but it is not known from any protected areas in Colombia. A successful captive breeding program began in 2001 at the Atlanta Botanical Garden, which has since transferred individuals to other zoos to continue these captive breeding efforts. An ex-situ population of this species is breeding at the El Valle Amphibian Conservation Center in Panama. It is a nocturnal tree frog associated with sloping areas in humid lowland and montane primary forest, and is not found in degraded habitats. The eggs are usually deposited on leaf surfaces and the larvae are washed off or fall into water below the site of oviposition (IUCN). 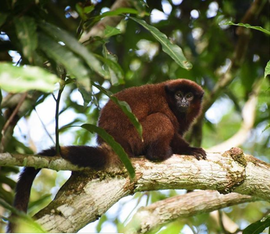 The brown titi monkey (Callicebus brunneus). Though it is not facing imminent extinction, most primate populations are plummeting worldwide. In the most bleak assessment of primates to date, conservationists have found that 60% of wild species are on course to die out, with three-quarters already in steady decline.
Proudly powered by Weebly