Biodiversity refers to all the different kinds of living organisms within a given area: from genes to species, communities, and ecosystems. Biodiversity can include everything from towering redwood trees to tiny, single-cell algae that are impossible to see without a microscope.  Biodiversity is the most complex feature of our planet and it is the most vital. A more philosophical way of viewing biodiversity is this: it represents the knowledge learned by evolving species over millions of years about how to survive through the vastly varying environmental conditions Earth has experienced. ​ 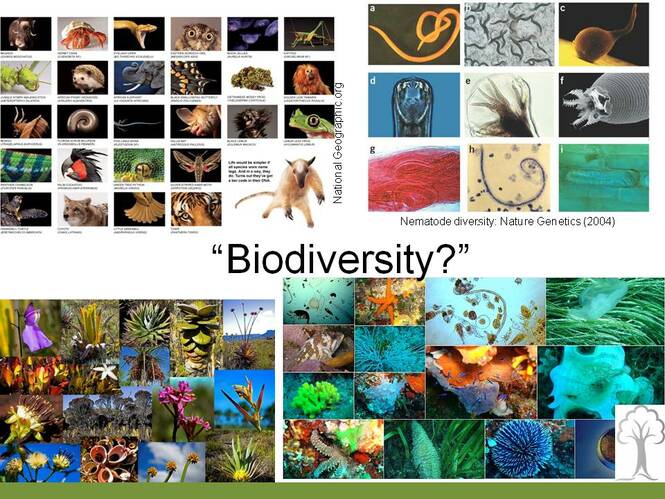 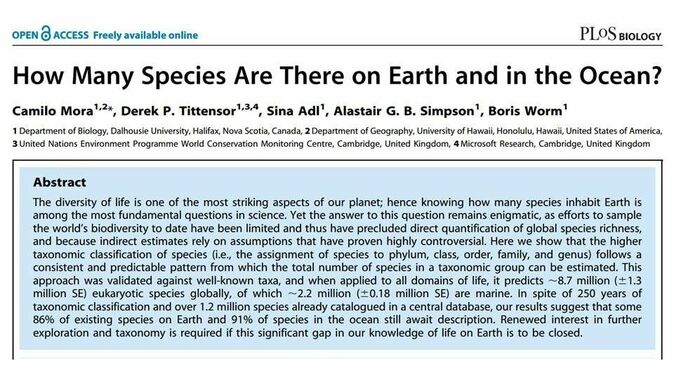 Tropical regions, areas that are warm year-round, have the most biodiversity. Temperate regions, which have warm summers and cold winters, have less biodiversity. Regions with cold or dry conditions, such as mountaintops and deserts, have even less. Generally, the closer a region is to the Equator, the greater the biodiversity. At least 40,000 different plant species live in the Amazon rain forest of South America, one of the most biologically diverse regions on the planet. Only about 2,800 live in Canada’s Quebec province.

The warm waters of the western Pacific and Indian Oceans tend to be the most diverse marine environments. The Bird’s Head Seascape in Indonesia is home to more than 1,200 species of fish and 600 species of coral. Many of the corals build coral reefs, which are home to hundreds more species, from tiny seaweeds to large sharks. Some places in the world have a large number of endemic species—species that exist only in that place. The Cape Floristic Region in South Africa is home to about 6,200 plant species found nowhere else in the world. Areas with high numbers of endemic species are called biodiversity hotspots. Scientists and communities are making a special effort to preserve biodiversity in these regions.

Biodiversity can also refer to the variety of ecosystems—communities of living things and their environments. Ecosystems include deserts, grasslands, and rain forests. The continent of Africa is home to tropical rain forests, alpine mountains, and dry deserts. It enjoys a high level of biodiversity. Antarctica, covered almost entirely by an ice sheet, has low biodiversity. Another way to measure biodiversity is genetic diversity. Genes are the basic units of biological information passed on when living things reproduce. Greater genetic diversity in species can make plants and animals more resistant to diseases. Genetic diversity also allows species to better adapt to a changing environment. ​ 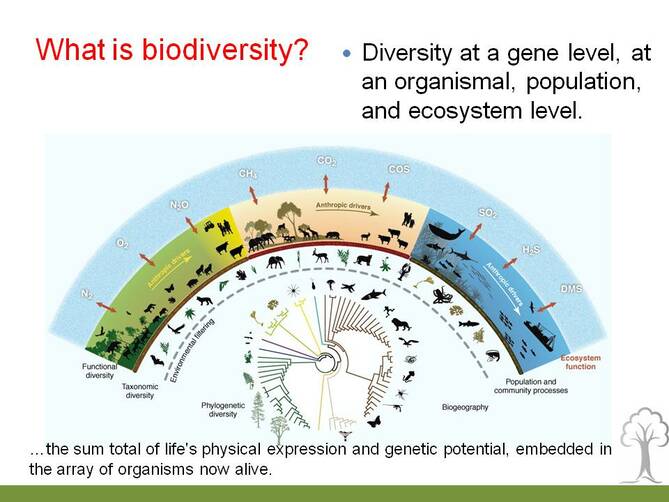 Importance of Biodiversity
All species are interconnected. They depend on one another. Forests provide homes for animals. Animals eat plants. The plants need healthy soil to grow. Fungi help decompose organisms to fertilize the soil. Bees and other insects carry pollen from one plant to another, which enables the plants to reproduce. With less biodiversity, these connections weaken and sometimes break, harming all the species in the ecosystem.

Ecosystems with a lot of biodiversity are generally stronger and more resistant to disaster than those with fewer species. For instance, some diseases kill only one kind of tree. In the early 1900s, American chestnut blight killed most of the chestnut trees in the eastern forests of North America. The forest ecosystem survived because other kinds of trees also grew there.

Biodiversity is important to people in many ways. Plants, for instance, help humans by giving off oxygen. They also provide food, shade, construction material, medicines, and fiber for clothing and paper. The root system of plants helps prevent flooding. Plants, fungi, and animals such as worms keep soil fertile and water clean. As biodiversity decreases, these systems break down.

Hundreds of industries rely on plant biodiversity. Agriculture, construction, medical and pharmaceutical, fashion, tourism, and hospitality all depend on plants for their success. When the biodiversity of an ecosystem is interrupted or destroyed, the economic impact on the local community could be enormous.

Biodiversity is especially important to the medical and pharmaceutical industries. Scientists have discovered many chemicals in rain forest plants that are now used in helpful drugs. One of the most popular and safe pain relievers, aspirin, was originally made from the bark of willow trees. Medicines that treat some forms of cancer have been made from the rosy periwinkle, a flower that grows on the African island of Madagascar. Scientists have studied only a small percentage of rain forest species in their search for cures. But every year, thousands of species go extinct, or die out entirely, before scientists can determine whether they might be useful in medicines.

Decreasing Biodiversity
In the past hundred years, biodiversity around the world has decreased dramatically. Many species have gone extinct. Extinction is a natural process; some species naturally die out while new species evolve. But human activity has changed the natural processes of extinction and evolution. Scientists estimate that species are dying out at hundreds of times the natural rate.

A major reason for the loss of biodiversity is that natural habitats are being destroyed. The fields, forests, and wetlands where wild plants and animals live are disappearing. Land is cleared to plant crops or build houses and factories. Forests are cut for lumber and firewood. Between 1990 and 2005, the amount of forested land in Honduras, for instance, dropped 37 percent. As habitats shrink, fewer individuals can live there. The creatures that survive have fewer breeding partners, so genetic diversity declines.

Pollution, overfishing, and overhunting have also caused a drop in biodiversity. Global climate change—the latest rise in the average temperature around the globe, linked to human activity—is also a factor. Warmer ocean temperatures damage fragile ecosystems such as coral reefs. A single coral reef can shelter 3,000 species of fish and other sea creatures such as clams and sea stars.

Biodiversity can also be harmed by introduced species. When people introduce species from one part of the world to another, they often have no natural predators. These non-native species thrive in their new habitat, often destroying native species in the process. Brown tree snakes, for instance, were accidentally brought into Guam, an island in the South Pacific, in the 1950s. Because brown tree snakes have no predators on Guam, they quickly multiplied. The snakes, which hunt birds, have caused the extinction of nine of the island’s 11 native forest-dwelling bird species.

People all over the world are working to maintain the planet’s biodiversity. In the United States, the Endangered Species Act protects about 2,000 organisms that are in danger of becoming extinct. Animals and plants are the most familiar types of endangered species, but a fungus, such as the white ferula mushroom can also be threatened. The white ferula mushroom, a delicacy that only grows on the Italian island of Sicily, helps decompose organic compounds such as plants. Some environmental groups are working to create a sustainable mushroom population to satisfy consumers as well as the local ecosystem.

Around the globe, thousands of wilderness areas have been set up to conserve plants, animals, and ecosystems. Local, national, and international organizations are cooperating to preserve the biodiversity of regions threatened by development or natural disasters. UNESCO’s World Heritage Site program recognizes areas of global importance, such as the enormous wetland region of the Pantanal in South America. Many national parks, such as Glacier National Park in the U.S. state of Montana, protect biodiversity within the park by restricting extractive activities, such as mining and drilling.