The main dangers to biodiversity loss worldwide are population growth and resource consumption, global climate change, habitat loss and degradation, invasive species introduction, over-harvesting, pollution, and emerging infectious diseases. So how can we make sure that we don't lose more species, and that all levels of biological diversity are maintained?
PARADIGM SHIFT
Maybe more important than any one decision each of us makes, we need a societal paradigm shift that stops focusing solely on infinite economic growth which doesn't value the environment or the welfare of the people. And yet, the current economic system is entirely dependent on nature's resources. Instead, a shift is needed towards a system which integrates people into nature, a system that places value on both people and the environment, and one that doesn't reward those who harm the same system that we are all inextricably dependent upon. This is illustrated in the concept of Deep Ecology and is further discussed here: True Cost.
​
CONSUMPTION
One way to measure your impact on the planet, is a carbon footprint. A carbon footprint represents the total greenhouse gas (GHG) emissions caused directly and indirectly by an individual, organization, event or product. It is calculated by summing the emissions emanating from all facets of a persons life. This includes all aspects of consumption. For example, all emissions from every stage of a product or service’s lifetime (material production, manufacturing, use phase, and end-of-life disposal). Developed nations typically have high carbon dioxide emissions per capita, while some developing countries lead in the growth rate of carbon dioxide emissions. Obviously, these uneven contributions to the climate problem are at the core of the challenges the world community faces in finding effective and equitable solutions.

People can be encouraged and educated about what products to purchase - or not purchase - that limit their impact on the planet. For example, see how eating meat greatly increases your impact, or the use of non-certified palm oil contributes to deforestation. And your impact isn't limited to food. Consider that having another child, driving your car, and trans-atlantic flights all contribute significant amounts of CO2 to the atmosphere. There are no shortage of ways to limit your impact by changing behavior. But recent research suggests that people are willing to adjust their consumption if given enough information: Carbon Footprint Labeling Impacts Shopper Behavior

However, bottom-up approaches that place the solution squarely on consumers is just one side of the equation. We need top-down government imposed policies that help increase efficiency and limit consumption of resources that are threatened. And through these policies, carbon consumption can be drastically reduced, limiting the catastrophic impacts of anthropogenic global climate change. This is why we need consumption-based policies. These policies are designed to discourage the consumption of carbon-intensive products and services. Governments can enact carbon consumption taxes, which tax products on their carbon intensity, irrespective of where they were produced. This would require a carbon tax at home, and border adjustment tax on imports. To mobilize the support of the business community, the carbon tax might be designed to be revenue-neutral: that is, accompanied by tax cuts elsewhere. This would likely need to take into account the true cost of services and products. For example, emissions from burning gasoline are attributed to the person who owns the car. But emissions generated in the process of manufacturing this car abroad are not. We refer to this as the True Cost. Of course, carbon is only part of the problem. Governments need to ramp up investment in nature restoration and raise the tax burden on companies that degrade wildlife and nature (Watts 2019).

Other ideas include consumption-focused policies such as carbon taxes and carbon labels which would allow consumers to make informed choices and creates incentives for producers to respond to these choices. Other steps you can take:
Vote for those that support environmentally responsible legislation, such as: ​
DEFORESTATION, HABITAT DEGRADATION, FOREST FRAGMENTATION
We have a deforestation problem of epic proportions driven mainly by the consumption of just four commodities--beef, soy, palm oil, and wood products. Not only is this a problem that impacts global climate change, but it also is a driving force behind species extinctions.

Companies can make an impact by introducing “zero deforestation” policies that clean up their supply chains. That means holding their suppliers accountable for producing commodities like timber, beef, soy, palm oil and paper in a way that does not fuel deforestation and has a minimal impact on our climate. Companies should set ambitious targets to maximize the use of recycled wood, pulp, paper and fiber in their products.

Consumers should be encouraged to make informed decisions about the products that they purchase. People can make a difference by consuming less, eating sustainable food, and choosing recycled or certified sustainable wood products. For example, consumption of non-certified palm-oil is having a devastating impact on tropical forests.

Introduction of protected areas has had solid success in some areas, protecting resources that would otherwise have been extracted. In fact, the Half Earth strategy is designed to protect half the planet in hopes of avoiding a global extinction crisis. Why one-half? ​"The crucial factor in the life and death of species is the amount of suitable habitat left to them. As defined by the theory of island biogeography, a change in area of a habitat results in a change in the sustainable number of species by approximately the fourth root. As reserves grow in size, the diversity of life surviving within them also grows. As reserves are reduced in area, the diversity within them declines to a mathematically predictable degree swiftly – often immediately and, for a large fraction, forever (Discover Half Earth)." However, the success of these protected areas is largely dependent on design.

There is sufficient evidence to support habitat restoration as a tool in combating climate change. However, it should be noted that mass planting of trees - without taking into account the actual restoration of ecological systems - does not necessarily benefit wildlife and may do little to eliminate species extinction. For example, some areas are far more important than others (i.e., biodiversity hot spots).

Similarly, another approach is community-based conservation which may also be successful, but does depend on certain criteria.

And lastly, governments need to crack down on corruption and ensure fair enforcement of forest conservation rules. Corruption fuels illegal logging and unsustainable forest management, which in turn can fuel organized crime or even armed conflict. We also need world leaders to embrace ambitious domestic and international forest conservation policies based on the latest science.
HUMAN POPULATION GROWTH
Worldwide population growth alone isn't the problem. Rising consumption in all countries - particularly those in developed countries - is even more problematic. In many cases, growth rates are slowing, but even slower growth rates in areas with high consumption rates is fueling our impact on the planet. So how do you curb global growth in an egalitarian society? Education is likely the most effective way. Effective family planning, sex education, and K-12 education worldwide have great potential to slow growth or reduce the size of the human population and alleviate pressure on resource availability over the long-term, in addition to generating other social advantages, such as fewer abortions, lower maternal mortality, and social justice for women. In many countries including the United States, the government actually encourages population growth through tax breaks for parents with children. Clearly, if we are to reduce populations, we should be incentivizing people to not have them, but most governments want to grow their tax base (and spending), not reduce it. Interestingly, with a growing divide in wealth in developed countries, we are actually beginning to see fewer young people having children - largely driven by finances. A reduction in the population growth rate can have large consequences on climate change, deforestation, and presumably extinction rates. Other steps that can reduce global population growth rates: 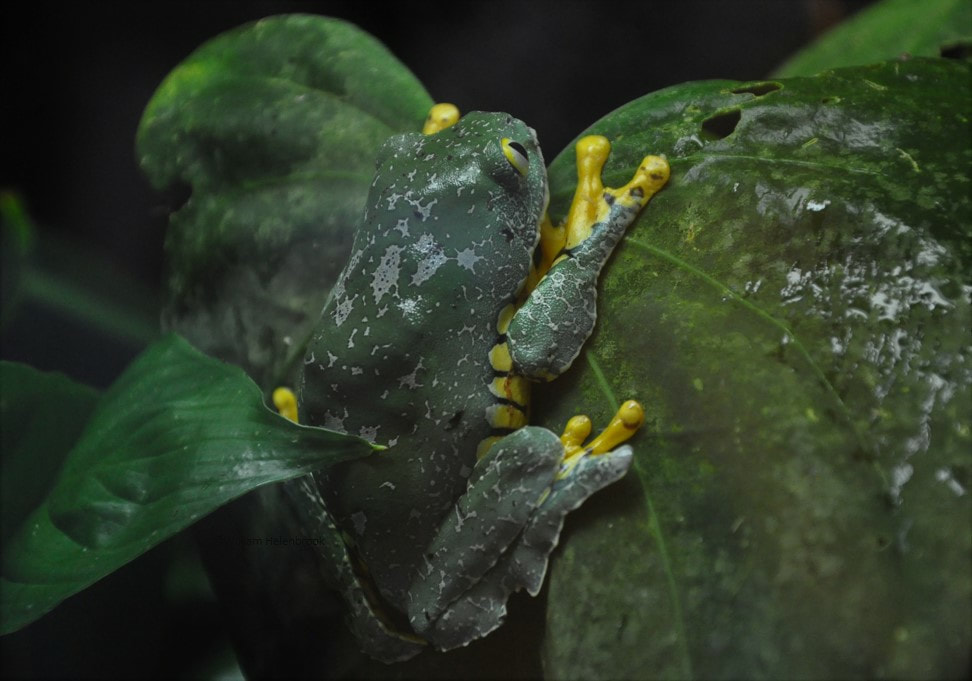 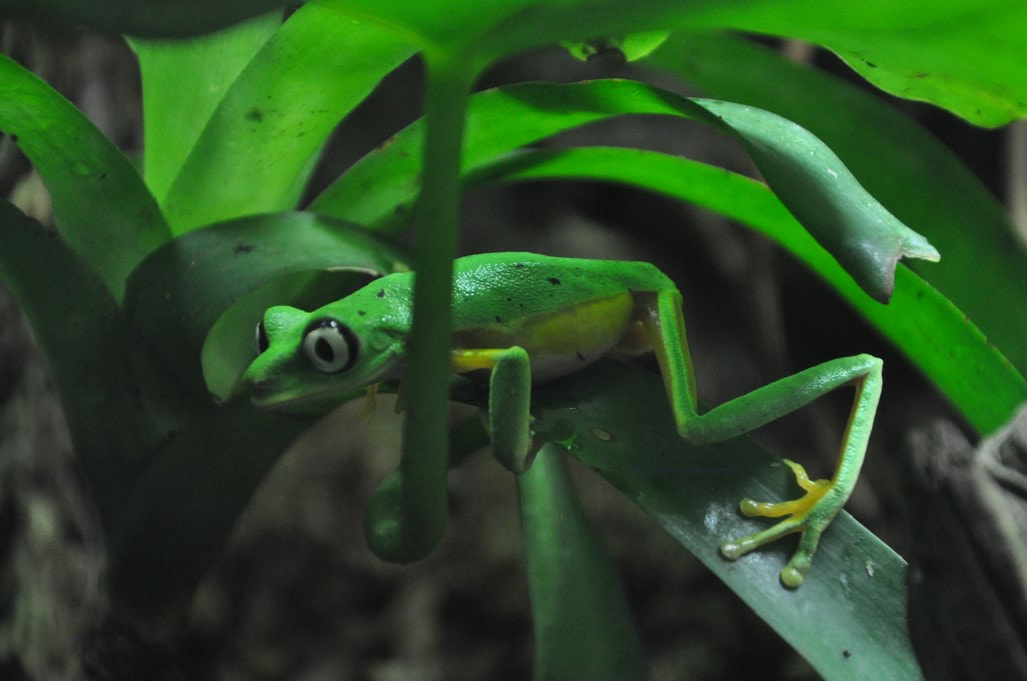 There is no one solution and likely the answer involves both top-down government action plans and a change in mindset of individuals worldwide to ignite change locally. ​In either case, change starts with people voicing their concerns with legislators, changing consumption habits, and leading by example.